A Quantum State of Being 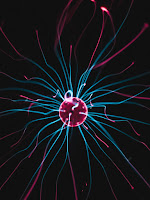 Quantum physics, from what I understand of it, posits that atoms/molecules can be both a particle and a wave. Erwin Schroedinger (sorry not able to to an umlaut over the o) created a now very famous thought experiment which is called Schroedinger's cat. He, in his thought experiment, placed a cat, a vial of acid and a Geiger counter with a small amount of radiation that can end up triggering the vial to break. Is the cat alive? Is the cat dead? You can only know by opening up the box.
Another theory says that the observer changes the observed. I think the import of many of quantum theories is that multiple states exist at once, the state of now and the state of the future is contained somehow in the state of now. I'm sure that I could be quite inaccurate about all of this. But, this is how I understand all this. 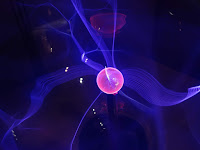 I continue to work on who I want to be and how I want to be in the world. I can sense and almost see this new me, this future me when I meditate on the future me. It feels as if this future me is already within the now me. It's certainly an interesting sensation. Unfortunately, I can do minor sabotage at reaching that future me -- such as over eating chocolate which counters the work I'm doing on healing my gut and losing more weight. But, I keep envisioning and working.

I think it's a good thing that, outside of meditation, I don't see the potential states of being. I believe it would be disorienting to see the faint images of these potentials. I feel it's much better to meditate on what I want, integrate that into the now me and then work towards that becoming the now me rather than it staying the future me. I had a life coach at one point who called herself a law of attraction life coach. She said that many people miss the part about doing the work, thinking that it will come, whatever it is, from merely envisioning. I agree with her. The envisioning the potential state of being is only the beginning. The rest is the work to bring it into fruition.
What do you think?

The first photograph is by Karlis Reimanis, the second by Fractal Hassan, and the third is by Pawel Szymanski. I found all of them on unsplash.com. Please click here if you would like to know more about me, my services or my book, Opening the Heart: Meditations on How to Be.
Existence Physics State of Being 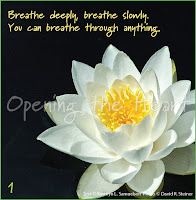 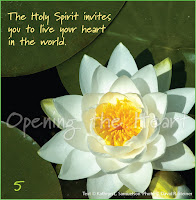